Fantasy-loving folders will rejoice in this enchanting collection of 27 original models by origami master John Montroll. Ranging from simple to complex, the figures include 10 types of dragons as well as a wizard, ogre, unicorn, phoenix, and other imaginary creatures. Illustrated instructions accompany each model, along with a brief chapter in an ongoing adventure story. 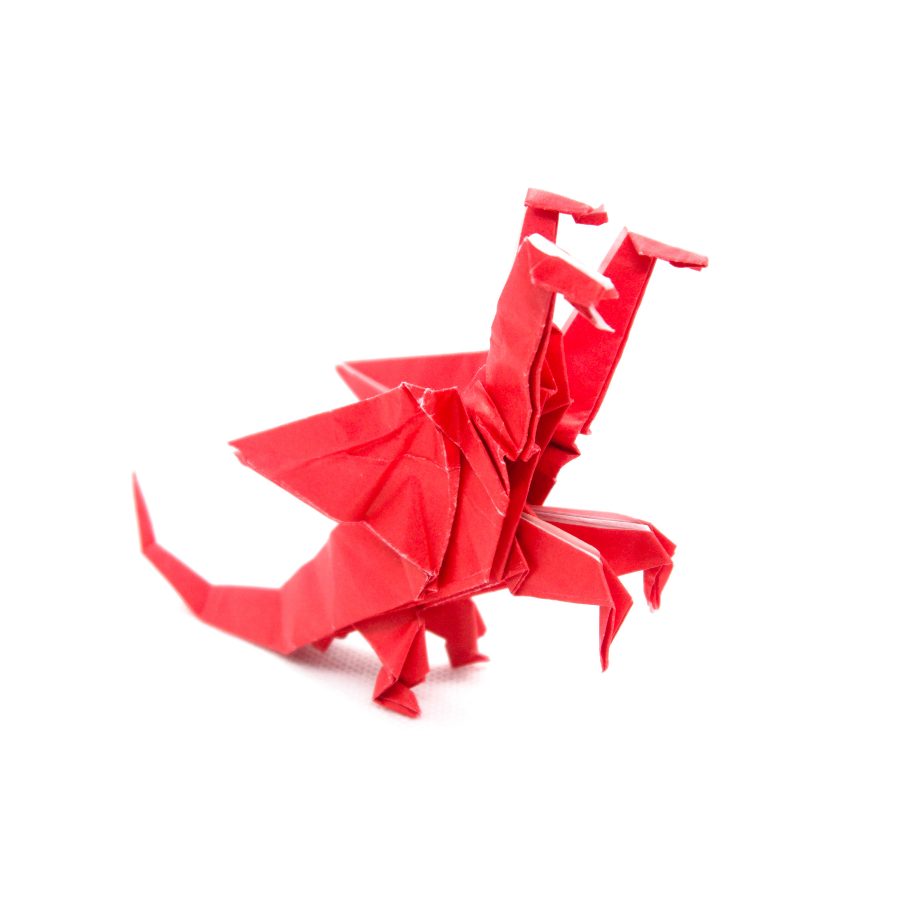 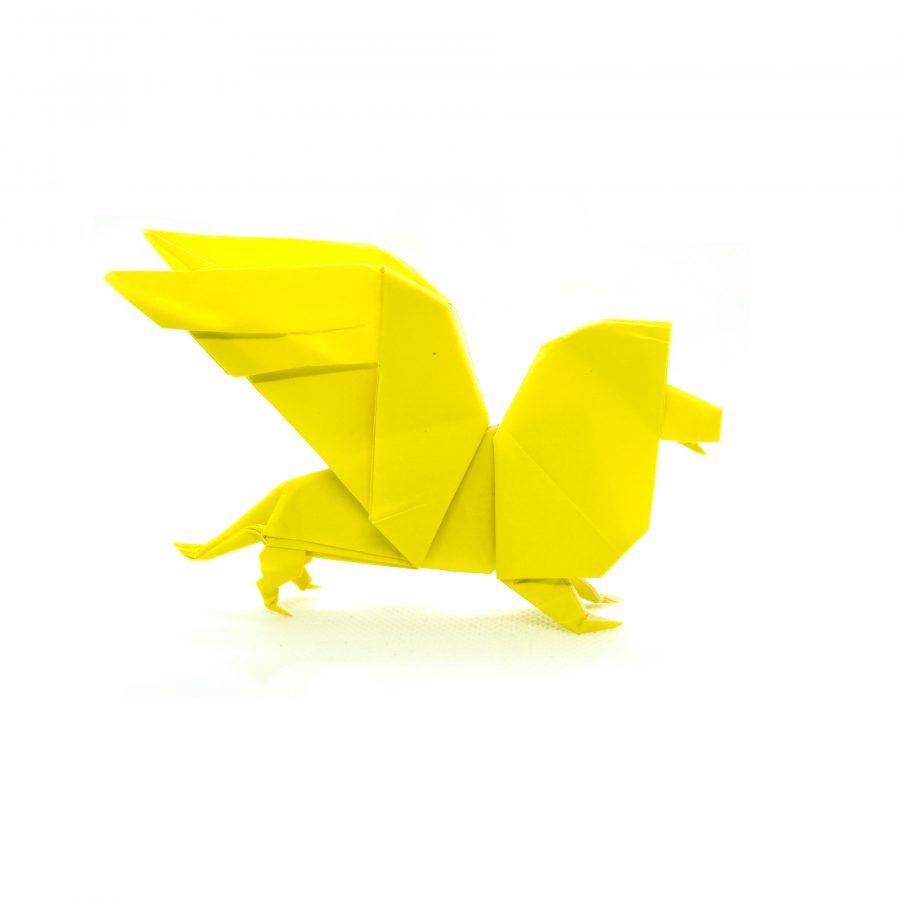 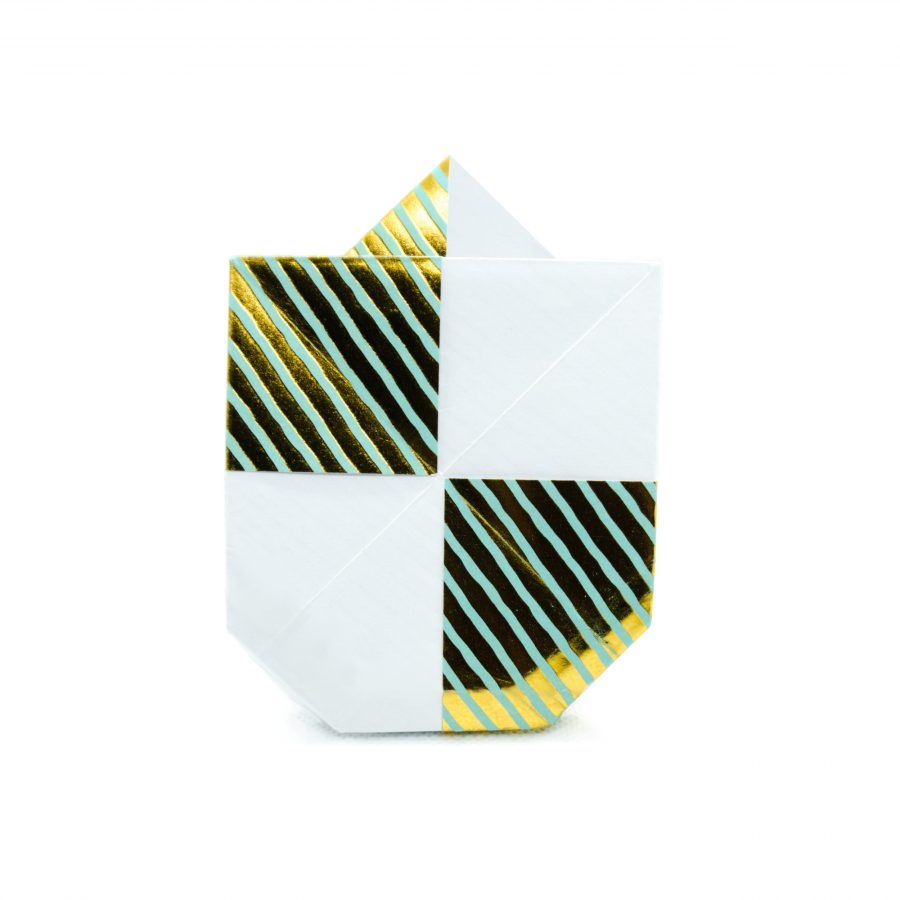 A shield with large checkered pattern and a point on the top.

Bipedal wyvern with arrow-tipped tail and five spikes on its head. 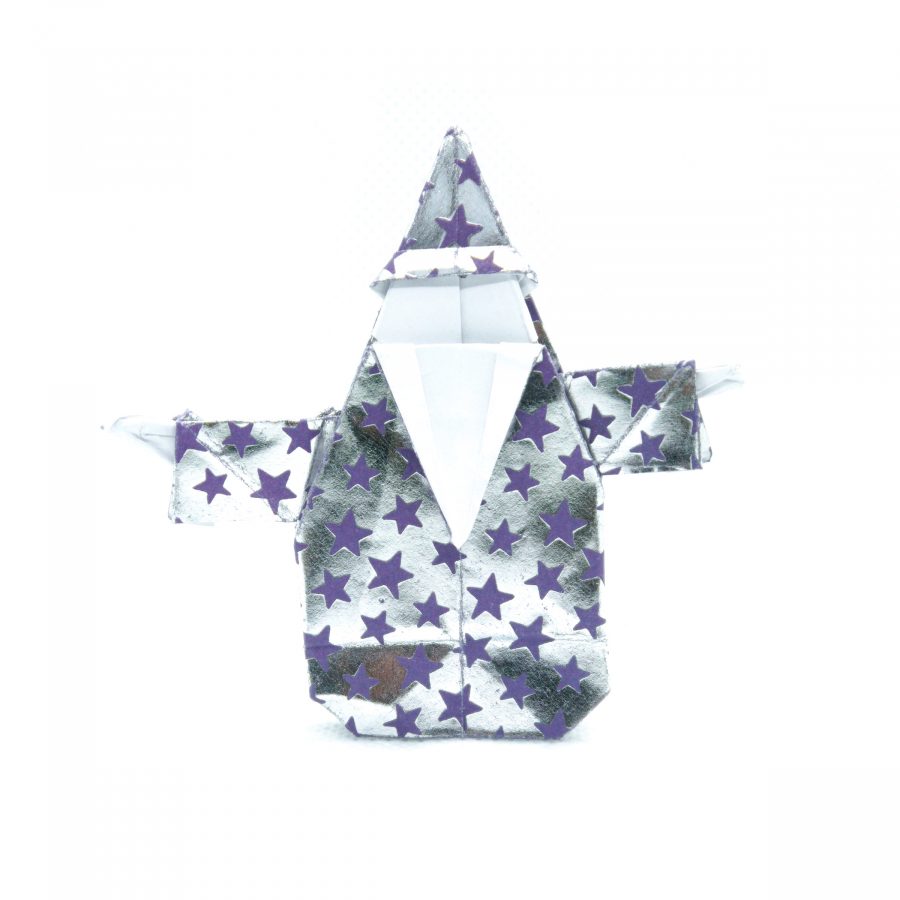